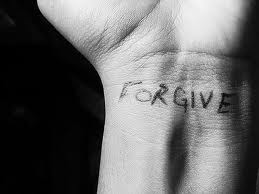 All she said was, “Have you had any issues with men?”.  Nouk has been helping me with my Course in Miracle studies.  A quick look from a man occurred prior to the question.  An incident in my video.   I interpreted it in a certain way… The look occurred to me as “Bitch, shut up”.   The entire story since the “earliest” memory of “issues with men” started immediately… The knot was coming undone, one scene at a time.  From a questionable childhood of weird memories, to being gang raped and chained to a toilet seat by a fraternity at college …that went in a heartbeat.  All that was to do was to forgive my mind for having the video.  I had spent years in various therapies and felt as healed as I could within the illusion.  What had not occurred was me allowing God in to confirm that none of that happened with God.  I(ego) created a scenario that apparently further separated me from God.  I had dealt with the apparant history by editing the video.  I had gone over every scene ad nauseum… Forgiving every frame… Forgiving every person in every frame… That was therapy… Many different versions all the same.  Even the therapies set up to deal with the unconscious mind, are just healing the illusion from within the illusion.  I was ready for the next step.

The only true Healing can occur with God from Mind (as opposed to mind for thinking the whole thing up in the first place).  So the unraveling continued into the next heartbeat…. Broken relationships, heartbreak, death, drama… the story continued running… 2- 3 more heart beats and I had re- experienced the story… Same story… and this time the filter was completely different.  God was judging the film.  And there was nothing to judge.  I am happy to say that “My Story Called Life”, was just Loved by God.. Wlhy would I want to disagree with that judgement!  So a ‘look’ called, “Bitch, Shut Up”, turned into a “there is nothing but Love” story.  Another happy ever after ending!